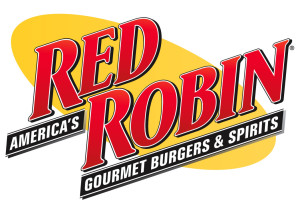 Yesterday Cheryl and I went for dinner at Red Robin Gourmet Burgers, for a hamburger or two. We had a nice evening with Kay and Herschel. The humor started; Humor can sometimes occur when I’m around.

Cheryl’s burger and that of Mr. Weintraub came out of the kitchen with the wrong cheese and possibly the incorrect doneness, if that’s a word. This was mentioned to the young lady delivering the meal. Our waitress dropped by to tell us that new burgers were being prepared, but not before she returned to ask Herschel to take a bite to see if it was done to the correct level of doneness, I think someone had forgotten that it had the wrong cheese.

Within seconds, the manager dropped by and apologized, made sure he had his facts straight and then headed off to the kitchen, assuring us that the waitress had not erred in any way.

Now the kitchen manager came out with just a little perspiration on his face to tell us “I really don’t know how this happened!” but that would personally check on the replacement burgers immediately. He also said, I will take 1/2 off the bill. This was confirmed by the manager a couple of minutes later and then a minute or two later by our waitress.

The adjectives, obsequious and toady were coming to my lips but were not uttered. I also thought of the word sycophant but left it alone.

We all ate our perfect burgers in peace till the bill came and no discounts or compensation had been applied. Neither Herschel nor I noticed this but the manager checking I guess at the computer had and he came running over to looks at the bill and determined that indeed it had not been adjusted. In short order, new bills were presented, Hershel got mine and I got his, we sorted that out ourselves.

I’m glad I did not mention that my meal was served cold.

My mind, some of you are familiar with my mind, was triggered by all of this and I recalled the Monty Python sketch about the “Dirty Fork”

I was fortunate enough to find it on Youtube.

3 thoughts on “A simple meal at Red Robin Burgers turns to humor!”