After having dug to a depth of 10 yards last year, New York scientists found traces of copper wire dating back 100 years and came to the conclusion that their ancestors already had a telephone network more than 100 years ago.

Not to be outdone by the New Yorkers, in the weeks that followed, California scientists dug to a depth of 20 yards, and shortly after, headlines in the LA Times newspaper read: ‘California archaeologists have found traces of 200 year old copper wire and have concluded that their ancestors already had an advanced high-tech communications network a hundred years earlier than the New Yorkers. 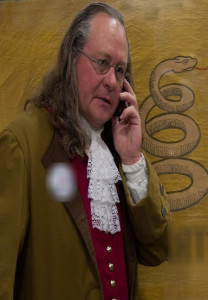 One week later, the “Stevens Point Urinal,” (Journal) our local newspaper in central Wisconsin reported the following: “After digging as deep as 30 yards in corn fields near Stevens Point, Ole Johnson, a self-taught archaeologist, reported that he found absolutely nothing. Ole has therefore concluded that 300 years ago, Wisconsin had already gone wireless.”

Tweet
« Observation is the key to good police work.
Who are these folks? »