Home » Humor » Bad Karma – Sometimes, you can’t get away from it.

Last Saturday, Cheryl and I were out for a drive with a couple of friends and out of the blue comes a police car with lights flashing and pulls me over. I had no idea what I might have done wrong as I was driving at reasonable speeds and enjoying the company. 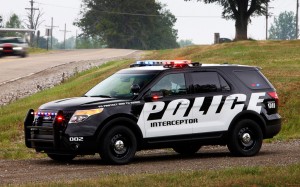 He came to my window and told me that I had something big coming.  I looked to my right and there was his partner at Cheryl’s window. I was now more than scared I was becoming petrified and not in a nice way. His stern face evaporated and then he told us that we had won $1000.00 because we were all wearing seat belts.

I must have looked a little incredulous!

Then the bad stuff started to happen!

The officer asked “What will you do with the prize money?”

I replied “I think I’ll go to driving school and get my license.”

My wife chimed in and said “Officer, don’t listen to him, he’s a smart ass when he’s drunk.”

My friend in the back seat finally came to and blurted “I told you we would not get far in this stolen car.”

At that instant, there was a knock from the trunk and the voice asked

“Are we over the border yet?”

It was at that moment, he asked me to pop the trunk and step out of the car.

He looked at me rather angrily!

His unfortunate retort was “Are you trying to bribe a police officer?