Home » Humor » Do you wear a toboggan?

It was a while back when Jody our younger daughter attended OU (Ohio University) in Athens Ohio. Athens is a university town in south eastern ohio. Jody was an undergrad with an interest in speech therapy. One of her assignments was to do a study of speech patterns and dialects within the state of Ohio. The paper she submitted was quite interesting and I got to read it during one of our visits to OU. She interviewed students at OU and she learned that terms like “kitty corner” and “catty corner” although perhaps universally understood are not spoken by everyone. In some parts of Ohio, we say ‘catty corner’ and in others we say ‘kitty corner’. 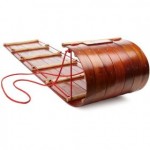 I am digressing from my quest to determine if you wear a toboggan? I grew up as a British born Canadian now living in the USA. In Canada and England (to the best of my knowledge), a toboggan is something that you sit or lay on in the winter months and slide downhill. I grew up going downhill on toboggans in the wintertime.

Confusion broke out when I read Jody’s paper and chatted with some of her friends. In south eastern Ohio and south western West Virginia a toboggan is a hat! It’s the kind of hat that in most of Canada is called a touque (pronounced ‘tuke’ by most folks) and is a woolen hat. Bob and Doug McKenzie were always wearing touques eh!.

I look forward to a few comments!