Home » Humor » Federal Avian Pathologist’s Report – Crow learns that 200 of his friends have passed away ignominiously. 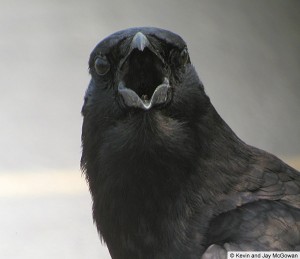 With all of today’s newscasters telling us about the flu epidemic and the hundreds who may die, a story has come to light one that Doctor Doom cannot possibly make up. It is not a pretty story…. it concerns over 200 Dead Crows being found on the highways around Boston.

Feeling that the Federal Bird Pathologist’s explanation was not detailed enough, the City then hired an Ornithological Behaviorist to study and determine the
the disproportionate percentages of Crows killed by trucks, versus car kills.

The Ornithological Behaviorist study took 6 months, at a cost of $200,000 to the tax payers, this is his report:

Tweet
« Burgers and Beer for the Siamese
Catholic Parrots »