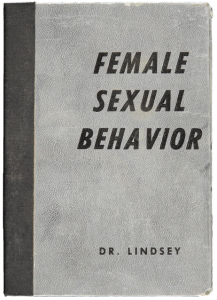 This is a good recount of a day in school for the young Chris Cane.

It’s 1960 and I was in Grade Eight. In Canada where I grew up we called it Grade Eight. In the USA where we now live, one says Eighth Grade. Let me set the scene. My mother is the school secretary. Her boss, the principal, is Mr. Todd, he is a tall imposing man who many including me, feared. Looking back he had a good sense of humor and was fair in delivering punishment to those in need. Being a bit of prankster, I was often in need of a bit of punishment. My home room teacher was Miss Goodfellow; at least that’s what I’ll call her here. I believe that 1960 was Miss Goodfellow’sfirst year of teaching and she also still had a lot to learn.

One weekend, I visited my favorite joke and magic shop. Where are all the joke and magic shops now? I had been saving for a week or two and purchased a small book with tin-foil covers. The reason for the foil covers will become evident shortly. I recall the book’s title; “Female Sexual Behavior” by “Ima Beach”. Teenage boys could hardly resist such a title. Those tin-foil covers I mentioned above were connected to a battery, small induction spark coil, magnet and interrupter. Those familiar with such things would understand that by connecting the output of the spark coil to the covers of the book and constructing a magnetic release when the book was opened could generate a fairly high voltage.

Let’s say that the book itself was more shocking than its title imparted to the casual onlooker.

It’s a Monday morning and we’re gathering in the classroom and I have simply placed the book on the corner of my desk. As expected, one of my class mates comes over, grabs the book and with some trepidation opens it. I say with trepidation because in those years we were just learning about Female Sexual Behavior or so we hoped. The result was predictable and simply poetic. His hands felt the jolt from the induction coil and he jumped in shock. He yelled and then threw the book in the air and it was pandemonium.

In walks Miss Goodfellow, strides with gusto to the rear of the class and asks as only teachers can, “What is going on here?” I think they teach that in Teacher’s College. She has spotted the book and I know I’m doomed. She grabs it, looks at the title, returns to her desk and tells me that we’ll be chatting about this later.

Sometime during first period, she gives us some heads down work to do. I glance up from my desk and notice that she has the book in her hands and is contemplating opening it. Should I tell her about the shock inside or not? While I was considering the answer she opened the book and received a well delivered electric shock. The book flew out of her hands and landed on the floor near her desk, and as you might well imagine, the class erupted in spontaneous laughter.

What unfolded was more unbelievable. Mr. Todd, remember him, the principal, was in the hallway near our classroom and as the class erupted, he dropped in to see what was causing the commotion.

What happened next could not have been scripted or predicted. Miss Goodfellow had retrieved the book and had it in her hand. She had regained her composure and without expression proceeded to pass the book to Mr. Todd. She apologized for the class behavior and simply told Mr. Todd that one of the boys in the class had been caught with this book and she was confiscating it. Mr. Todd looked at the title, stared over his glasses and said as only principals can “this is Mr. Cane’s I presume”, drawing a snicker from the class and a nod from Miss Goodfellow. He simply looked at me and said, “I’ll expect you in my office after school”. He left the room.

We all thought it was over and like I said above, one could not have scripted this better. From the hallway we hear Mr. Todd’s voice “Oh my God!” and the sound of my book clattering on the floor. This act destroyed Miss Goodfellow’s ability to control our class for the rest of the day. Later that day, Mr. Todd in his wisdom, gave the book and its battery back to me with the words. “Please don’t bring this into the school again!” and that was that.

Today is December 14th 2009 (I wrote the story above in 2004). A friend’s email caused me to go looking on the internet and I found that Ernie Kovacs also had a copy of the same book. The book sold for $358.50 in February 2009. The auction description was “Ernie Kovacs’ Female Sexual Behavior Prop Book. A small prop “book” titled Female Sexual Behavior, owned and and used as a gag by Kovacs. It’s not actually a book at all, but a hollow facade designed to give the “reader” a mild electric shock when touched. The book is no longer in working order, but could be easily restored; otherwise, in Very Fine condition. From the Ernie Kovacs/Edie Adams Estate Archive.“

Here’s a photo of the inside of the book! 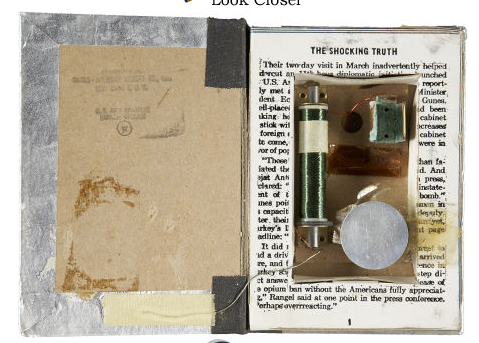 Female Sexual Behavior – The Works Inside

The photo shows a round disk on the right. This disk was actually glued to the left cover (see circle outline) and when the cover was opened, the disk was attracted to a small magnet on a vibrating switch. When the book opened the magnet would follow the disk for a a short distance and then fall back and vibrate on a make/break switch in the primary circuit of the induction coil.

The cover is shown above!

Tweet
« Farting in Starbucks – Perhaps Not a good idea!
Right Hand Drive is for the Bahamians, the British, the Japanese, the Australians but not me! »