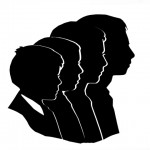 Four brothers left home for college, and they became successful doctors and lawyers.

One evening, they chatted after having dinner together. They discussed the 95th birthday gifts they were each able to give their elderly mother who had moved to Florida.

After the celebration Mama sent out her “Thank You” notes.