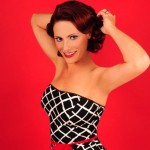 There was this guy and he had a girlfriend named Lorraine who was very pretty and he liked her a lot. One day he went to work and found that a new girl had started working there. Her name was Claire-Lee and she was absolutely gorgeous. He became quite besotted with Claire-Lee and after a while it became obvious that she was interested in him too. 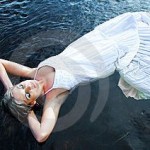 But this guy was a loyal man and he wouldn’t do anything with Claire-Lee while he was still going out with Lorraine. He decided that there was nothing left to do but to break up with Lorraine and get on with Claire-lee. He planned several times to tell Lorraine but he couldn’t bring himself to do it. Then one day they went for a walk along the riverbank when Lorraine slipped and fell into the river. The current carried her off and she drowned. The guy stopped for a moment by the river and then ran off smiling and singing.

“I can see Claire-Lee now. Lorraine has gone.”

(Chris Cane’s Note: This little ditty was emailed to me by Rachelle, a friend of mine from high school oh so many years ago! – Thanks Rachelle)