Home » My Life » Introducing “The Goose”

A month after our elopement, I quit the DEW Line and found a job nearly as remote in Goose Bay, Labrador. We began our married life. I was to remain an electronics technician working for Canadian Marconi maintaining military and commercial communications equipment and Cheryl was to become a teacher for the Labrador East Integrated School Board.

In the late sixties, a lot of people who lived on “The Goose” as it’s called drank alcohol, some to be social, some for fun, some to excess and I guess some to forget, fortunately we did not meet very many of the latter group. 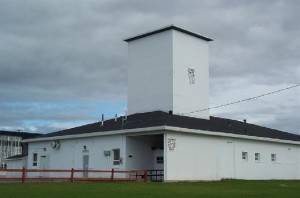 The Bulldog Club on the RAF Base

Alcohol flowed freely, well at least inexpensively on The Goose. We had friends who could shop at the US Air Force Base Exchange or BX. They had essentially unlimited access to very inexpensive alcohol. A bottle of gin, vodka, rye or scotch was perhaps $2.00 and the expensive ones were as much as $5.00 a bottle. Beer was cheaper than soft drinks and milk. There were two movie theaters, one on the “US Side” and one on the “Canadian Side” and first run movies were only fifty cents. Cheryl and I were in our early twenties and earning good wages as premiums were paid to those from the south to entice them to work in Goose Bay. This was a sort of paradise, kind of cold in the winter, but looking back, it truly was paradise. This was a great place to start a marriage, miles away from family and friends. We made our own clean start unencumbered by our pasts.

Our first night in Goose Bay, Cheryl and I were guests at the British Bulldog Club. Goose Bay was full of transients, making friends was very easy as very few residents had true roots in the community. All of us needed friends and company. Even those with roots sought the friendship of those that were passing through.

Within an hour or so we were enjoying the company of a group of perhaps fifteen or twenty people and the beer and booze were flowing freely.

I ordered a round for the group. Cheryl was shocked and kicked me in the shin. She was angry that I was to buy a round for such a large group. When the bill came to less than $10.00 she was shocked again and seemed relieved that I had not spent our family fortune on that round. We were to buy many more rounds as the years on The Goose went by. We knew we were going to like it here! 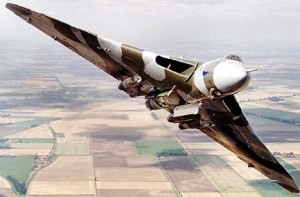 The Brits had Air Vulcan to keep them supplied with British Ales and Beers on Tap. The ground crews had modified the bomb bays on the Vulcan aircraft that flew from the UK to The Goose for air crew training. The bomb bays now had special brackets and frames to hold cargo and more importantly barrels of beer and ale. The bomb bays went home full of stuff the Brits bought from the Yanks at the US Base Exchange.

Barrels of beer and ale would arrive periodically and be delivered to the Bulldog Club. We never knew what, bitters, lagers and stouts, Mackesons, Watneys, Double Diamond or Newcastle Brown Ale, who really cared. It was on those nights that the RAF enlisted men drank for free. It was illegal to sell imported beer without proper tax stamps or so we were told. We would drink for free as well on those evenings. Free is a relative term, it always seemed that our affiliate membership fees were due on the day the barrels arrived. Our affiliate membership fees, usually $5.00 or $10.00 always varied depending on how many barrels arrived and how many of us were in the club that night. Funny thing that!

Air Vulcan also kept our pantry full of British baked goods, candies and best of all Danish bacon. We would place standing orders with returning air crew and sooner or later our goods would arrive. These were good days!

Tweet
« The Elopement of Chris and Cheryl
The Mounties – We Get Our Man! »

7 thoughts on “Introducing “The Goose””