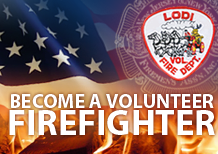 One dark night in the small town in Garfield, N.J.,a fire started inside the local sausage factory. In a blink of an eye, the building was engulfed in flames. The alarm went out to all the fire departments for miles around.

When the first volunteer firefighters appeared on the scene, the sausage company president rushed to the fire chief and said, “All of our secret sausage recipes are in the vault in the center of the plant. They have to be saved, so I will donate $50,000 to the fire company that brings them out and delivers them to me.”

But the roaring flames held the firefighters off.

Soon more fire departments had to be called in because the situation became desperate. As the firemen arrived, the president said that the offer to extricate the secret recipes was now $100,000 to the fire department that could save them.

Suddenly from up the road, a lone siren was heard as another fire truck came into sight. It was the fire engine of the nearby Lodi, N.J. The volunteer fire department composed mainly of Italian firefighters over the age of 65.

To everyone’s amazement, the little run-down fire engine, operated by these Italian firefighters, passed fire engines parked outside the plant, and drove straight into the middle of the inferno.

Outside, the other firemen watched in amazement as the Italian old timers jumped off and began to fight the fire as if they were fighting to save their own lives. Within a short time, the Lodi old timers had extinguished the fire and saved the secret recipes.

The grateful sausage company president joyfully announced that for such a superhuman accomplishment he was raising the reward to $200,000, and walked over to personally thank each of the brave elderly Italian firefighters. 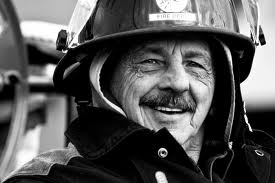 A TV news crew rushed in after capturing the event on film. The “on camera” reporter asked the Italian fire chief, “What are you going to do with all that money?”

Tweet
« Mohandas Karamchand Gandhi – The stuff you didn’t know!
The pregnancy saga of Sandra and Patrice »