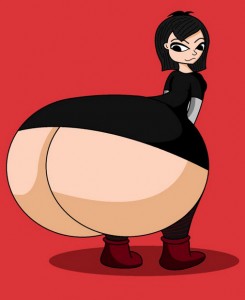 Jim and Janet were in the backyard and Janet bends over to pick up a dropped barbecue tool.

Jim, her husband looking at her behind says: ‘wow, your ass is bigger than the barbecue!’

The argument continues and Jim gets a tape measure.

Jim measures the barbecue and Janet’s butt and…Sure enough, her butt is bigger than the barbecue.

Silently Janet disappears into the house and later that night – both in bed – Jim moves toward her and wants to have some fun.

Janet says, “Do you think I’m going to fire up that big barbecue for one little wiener???”

Jim now cooks alone, if you know what I mean!

Tweet
« Walmart Wine by Ernesto & Julio Gallo
Is There Sex After Death? »