Home » Humor » Just Fred – The man with no last name 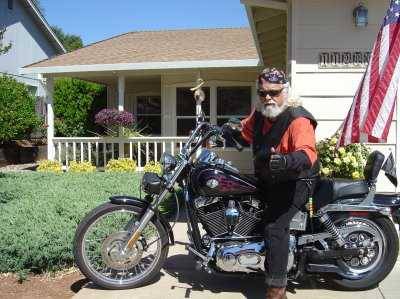 I’m sure that many of you receive emails with jokes and stories. I am no exception, but I really would like to know the source or writer of stories like the one below. The person who wrote this should get the credit. Well anyway, here’s the story.

An Arizona Highway Patrol officer stops a Harley for traveling faster than the posted speed limit, so he asks the biker his name. ‘Fred,’ he replies.

‘Fred what?’ the officer asks.

The officer is in a good mood, thinks he might just give the biker a break, and write him out a warning instead of a ticket. The officer then presses him for the last name.

The man tells him that he used to have a last name but lost it. The officer thinks that he has a nut case on his hands but plays along with it. ‘Tell me, Fred, how did you lose your last name?’

The biker replies, ‘It’s a long story, so stay with me.’ I was born Fred Johnson. I studied hard and got good grades.

When I got older, I realized that I wanted to be a doctor. I went through college, medical school, internship, residency, and finally got my degree, so I was Fred Johnson, MD. After a while I got bored being a doctor, so I decided to go back to school.

Dentistry was my dream! Got all the way through School, got my degree, so then I was Fred Johnson, MD, DDS.

Got bored doing dentistry, so I started fooling around with my assistant and she gave me VD, so now I was Fred Johnson, MD, DDS, with VD.

Well, the ADA found out about the VD, so they took away my DDS.

Then I was Fred Johnson, MD, with VD. Then the AMA found out about the ADA taking away my DDS because of the VD, so they took away my MD leaving me as Fred Johnson with VD.

Then the VD took away my Johnson, so now I am Just Fred.’

The officer walked away in tears, laughing.