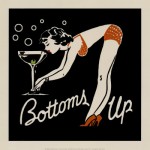 Kampei is a traditional toast in Japan. Where we might say Cheers! or Bottoms Up!, the Japanese typically say Kampei or “Empty Glass”.

Throughout the eighties and nineties I traveled extensively in the Far East and Europe. It was tradition in Japan for us to meet at the end of the week in our rep’s conference room for a wrap-up of the week’s activities. One particular Friday in the early eighties I was working for Eimac, then a division of Varian. We had had a particularly successful week. The meeting started a little early and was to be a celebration. John Button, also from Eimac, was just beginning his travels in Japan and had arrived in Tokyo from Taiwan or Korea. He was to stay over the weekend and travel with our rep the following week.

My week had gone very well, and we had booked some great orders. This Friday’s review meeting in Marubun’s conference room was to be a small celebration. The room ﬁlled with about 10 people, some were support staff, others were Marubun sales reps with whom I had traveled that week. The two outsiders were John and me.

The branch manager, Masa Horikoshi opened a small cabinet at the front of their conference room and out came a bottle of Suntory Whiskey.

Masa ﬁlled each of our glasses, and a toast was proclaimed in memory of the great week, nine of us said Kampei and returned our glasses to the table.

John Button had not touched his glass.

Masa said, “John, you have not drunk your whiskey?”

Masa came right back with, “Why don’t you drink?”

John simply said, “I would just prefer not to drink.”

Masa undaunted, “There must be a reason why you don’t drink!”

John conﬁded, “I am a member of the Mormon Church, and we do not drink alcohol.”

Masa was incredulous, “John, Do Mormons live longer than other Americans?”

John quietly replied, “Yes, the average Mormon man lives about two and one half years longer than other American men.”

Masa reached across the table and took John’s glass.

Tweet
« Grandma ‘Mrs Hughes’ Comedy
Something not so Trivial in Australia – »