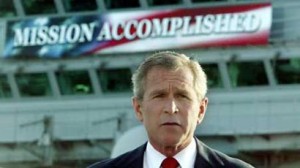 “It is generally inadvisable to eject directly over the area you just bombed.”

“Whoever said the pen is mightier than the sword obviously never encountered automatic weapons.”-

“Any ship can be a minesweeper….Once.”

“Never tell the Platoon Sergeant you have nothing to do.”

Clean it, if it’s Dirty.

Oil it, if it Squeaks.

But: Don’t Screw with it if it Works!

“If you see a bomb technician running, keep up with him.”

“You’ve never been lost until you’ve been lost at Mach 3.”

A Navigator’s Definition of Latitude & Longitude:

Latitude is Where We are Lost, and Longitude is How Long We’ve been Lost There!

“The only time you have too much fuel is when you’re on fire.”

“When one engine fails on a twin-engine air plane, you always have enough power left to get you to the scene of the crash.”

“What is the similarity between air traffic controllers and pilots?

If a pilot screws up, the pilot dies;

The three most common expressions (or famous last words), in aviation are:

Two out of three are needed to successfully complete the flight.”

“Mankind has a perfect record in aviation.

We never left one up there!”

“Flying the air plane is more important than radioing your plight to a person on the ground who is incapable of understanding or doing anything about it.”

“The Piper Cub is the safest air plane in the world; it can just barely kill you.”

“There is no reason to fly through a thunderstorm in peacetime.”

“If something hasn’t broken on your helicopter, it’s about to.”

“You know that your landing gear is up and locked

when it takes FULL power to taxi to the terminal.”

As the test pilot climbs out of the experimental aircraft, having torn off the wings and tail in the crash landing, the crash truck arrives; the rescuer sees a bloodied pilot and asks, “What happened?” The pilot’s reply: “Beats the shIt outta me, I just got here myself.”