Home » Humor » Nuns are not Spinsters

I don’t think you don’t have to be Catholic to appreciate this one!! 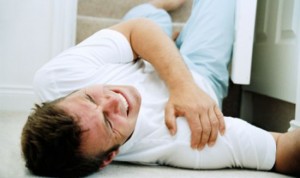 A man suffered a serious heart attack while shopping in a store. One of the store clerks called 911 when she saw him collapse to the floor.  The paramedics rushed the man to the nearest hospital where he had emergency open heart bypass surgery.

He awakened from the surgery to find himself in the care of nuns at the Catholic Hospital. A nun was seated next to his bed holding a clipboard. She was loaded with several forms, and a pen. She asked him how he was going to pay for his treatment.

“Do you have health insurance?” she asked.

He replied in a raspy voice, “No health insurance.” 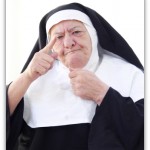 The nun asked, “Do you have money in the bank?”

He replied, “No money in the bank.”

Do you have a relative who could help you with the payments?” asked the irritated nun.

He said, “I only have a spinster sister, and she is a nun.”

The nun became agitated and announced loudly, “Nuns are not spinsters!

Nuns are married to God.”

The patient replied, “Perfect. Send the bill to my brother-in-law.”