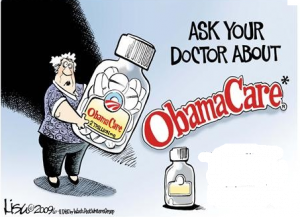 The American Medical Association has weighed in on Obama’s new health care package.

In the end, the Proctologists won out, leaving the entire decision up to the assholes in Washington.