Home » Humor » Observation is the key to good police work. 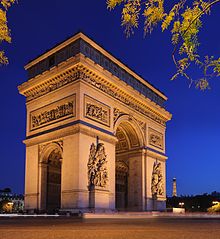 I think that many of us know that the English and the French are actually good neighbours and individuals within the populace of each country like to have a little fun at the other’s expense. This story which I believe is based on truth exemplifies my thoughts.

A very drunk Englishman was in his car as it stopped at a traffic light near the Arc de Triomphe on the Champs-Élysées. The Englishman had his window open and was singing at the top of his lungs, making little sense to any Frenchman walking by.

Monsieur, he says in a polite and somewhat musical voice. “Avez-vous bu?”, roughly translated as “Have you been drinking?”

With a quizzical drunken look the the Englishman says “Boo?”.

The Englishman had no idea as to what the gendarme was saying and replied “Thank-you I am looking for a nice bar.”

The gendarme almost politely asks  “How much have you to drink?”

With great difficulty, the Englishman admits that he has been drinking all day, that his daughter got married in the morning to a Frenchman, and that he drank champagne and a few bottles of wine at the reception and a few glasses of single malt afterwards. 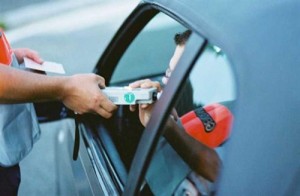 Quite upset, the gendarme proceeds to an alcotest (breathalyser), he reviews the results and shows the meter reading to the Englishman and says “I am afraid that I will now arrest you.”

The Englishman says “why?, Pourquois?”

With a huge smile, the Englishman answers: “Did you notice that I don’t have a steering wheel in front of me?  This is a right-hand drive British car and that my wife is driving?”

Tweet
« Get Serviced! What are your feelings about Service?
Amazing Very Old – Telephone Networks Discovered »