Every now and again a friend sends me a photo or story from his or her life. I’m not sure if they expect me to share it with others. This particular email started telling me about last night’s potluck supper. The sender lives in the winter months where many snowbirds go for the winter. I was surprised that he mentioned the name Selma Martin because I believe that’s one of his old girlfriends from Cincinnati.

PARTY TIME FOR THE OLDER SET

Last night we went to a party at our local senior center. The second Friday of every month they have an evening potluck supper. We usually eat, play bingo, reminisce, and drink a little wine and talk about the good ole days…

We heard Selma Martin’s grandson is staying with her for a few weeks. It’s rumored he got in a scrap over some marijuana with the law out in Vancouver and he came to YUMA to avoid the heat. Anyway, Selma is known for her delicious Brownies and she always bakes up a quadruple batch for each get-together. She makes enough for everyone and some for folks to take one home for later.me reason they were extra good this week and every last one of them was eaten. Not a one left over.

We later found out that Selma ‘s grandson, Butch, laced the brownies with some of his marijuana. Knowing this, I guess it offers a logical reason for everyone feeling good that night. By the time Zeke put on the bunny hop record, everyone was in a real good mood and it was the first time the whole place got up and danced…………..

That is until the cops came to check all the noise complaints.

YOU PUT YOUR LEFT FOOT IN AND…. WELL YOU KNOW THE REST!

Music Available – Click on that tiny little triangular arrow below. 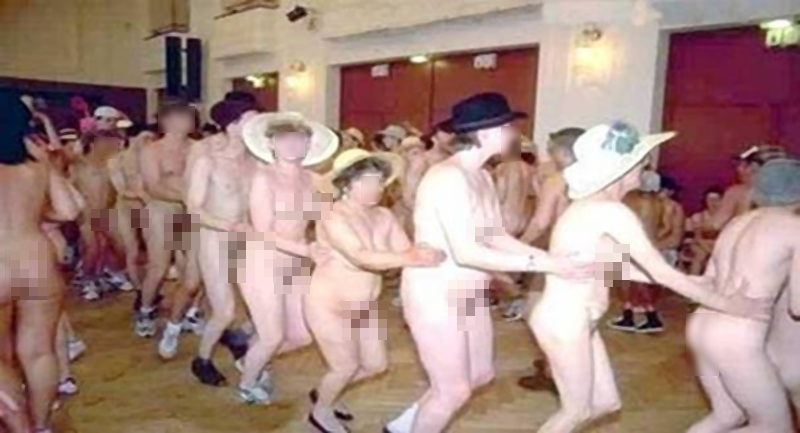 You Put Your Left Foot In ….

Tweet
« Reunions Can Be Fun!
Drugs, Divorce and Murder »