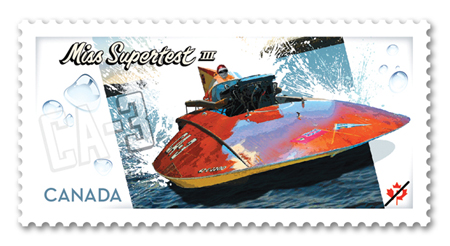 As someone once said “Back in the day!”

This event occurred during Expo 67 in Montreal. I was living in Longueuil PQ, it was PQ then and changed to QC later, I have no idea why. I was driving an 1958 Austin A55 1600 CC with four on the tree. It was my first car and I had acquired it for next to nothing, but that’s a different tale that you can read about here. I had driven to a regatta on the east end of Montreal to watch some hydroplane racing. I was with my girlfriend, who later became my fiancée and then my wife. Some of you will know her by the name Cheryl. 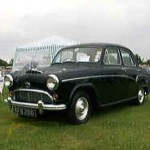 The race was remarkably well attended! It was an evening event and I would guess that perhaps 10,000 people or more were gathered along the banks of the St. Lawrence river or the Fleuve St. Laurent as some of the locals called it. We had arrived reasonably early and had a great parking space with less than a five mile walk from the event. I don’t recall who won and who lost but I recall the wonderful sounds those monster boats made and watching the enormous rooster tails that followed them as they raced on the river. It was noisy and fun. The event I do recall is the one where we walked the seemingly five mile trek back to the Austin and found that some idiot in a Volkswagen Beetle was parked at ninety degrees to our car’s bonnet and we could not drive away. We waited perhaps twenty of thirty seconds and began seeking out the largest and strongest looking dudes nearby. It wasn’t difficult to find six or seven guys who joined with me in my anger about the damned Volkswagen in my way. It also had on foreign plates from New York or some place like that, which increased the ire of my group of strong guys.

Lifting the VW Beetle out of the way was accomplished very quickly. We were actually being watched surreptitiously by one of Montreal’s finest. When one of us would look over at him, he’d look away but you could see the smile on his face.

We were then faced with the dilemma of putting the VW somewhere. Immediately behind where I was parked were two large concrete tetrahedrons or something like that. One of them may have been a lighting pole. Yes, that’s right one was a light post and the other was one of those lumps of concrete that people who know how to make parking lots use to keep various vehicles on the straight and narrow.

One of our team, by then we were indeed a team noticed these two immovable objects and noted that they were separated by a distance roughly equal to the length of a Volkswagen Beetle! The constable was still watching us and still appearing to be enjoying our actions which were probably a lot more interesting than most other things that one might see in a parking lot.

By now, you’ve probably figured out that I place more words in a short tale than perhaps I should. I do hope in my heart of hearts that you enjoy reading these words. If you don’t then I’m sorry and you need to go to Hell.

Continuing on, I extricated the Austin from its parking space and then the team took action. The Beetle was unceremoniously lifted and carried and subsequently placed between the two immovable objects. We had misjudged the distance between the light pole and the tetrahedron or whatever it was and just about any driver would have been able to get a VW Beetle out of that spot.

The constable is still smiling and looking the other way. I really think he was looking for another constable with which to share this tale. I will probably never know although I guess there’s chance similar to winning the lottery that he might find this posting and send me a note.

The Beetle was moved close to the light pole, perhaps leaving at least an inch between its rear bumper and the post. We certainly did not want to scratch, dent or otherwise damage the rear bumper of the people’s car.

At the moment of completion, we became aware that many people had been watching our progress and they began clapping and cheering. They had watched justice being served. The constable was now brave enough, not only to watch but to clap a little.

As we were driving away, I noted that the constable was standing next to the beetle apparently writing some form of ticket to decorate the windshield of the beetle.

Indeed justice had indeed been served that warm evening near Montreal in 1967.

Tweet
« Method in my Madness or How I learned to clean my glasses.
Jeff Foxworthy’s Take On Canada »