Home » Humor » Reunions Can Be Fun! 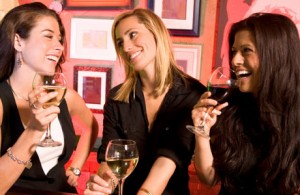 Jan, Sue and Mary haven’t seen each other since college. They rediscover each other via a reunion website and arrange to meet for lunch in a winebar.

Sue arrives shortly afterward, in gray Chanel. After the required ritualized kisses, she joins Jan in a glass of wine.

Then Mary walks in, wearing a faded old tee-shirt, blue jeans and boots. She too shares the wine.

Jan explains that after leaving high school and graduating from Princeton in Classics, she met and married Timothy, with whom she has a beautiful daughter. Timothy is a partner in one of New York ‘s leading law firms. They live in a 4000 sq. ft. co-op on Fifth Avenue , where Susanna, their daughter, attends drama school. They have a second home in Phoenix .

Sue relates that she graduated from Harvard Med School and Columbia U. and is now a surgeon. Her husband, Clive, is a leading Wall Street investment banker. They live in Southampton on Long Island and have a second home in Naples , Florida . 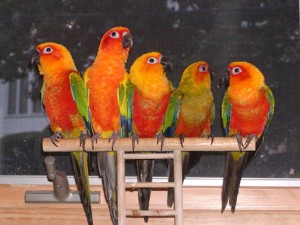 Mary explains that she left school at 17 and ran off with her boyfriend, Jim. They run a tropical bird park in Colorado and grow their own vegetables. Jim can stand five parrots, side by side, on his penis.

Halfway down the third bottle of wine and several hours later, Jan blurts out that her husband is really a cashier at Wal-Mart. They live in a small apartment in Brooklyn and have a travel trailer parked at a nearby storage facility.

Sue, chastened and encouraged by her old friend’s honesty, explains that she and Clive are both nurses’ aides in a retirement home. They live in Jersey City and take vacation camping trips to Alabama .

Mary says that the fifth parrot has to stand on one leg.

Tweet
« Men are from Mars, Women are from Venus.
Party at the Senior Center last night. »