Home » Humor » Right Hand Drive is for the Bahamians, the British, the Japanese, the Australians but not me! 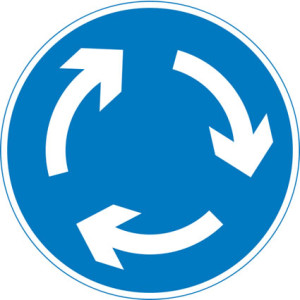 Driving in the UK is not easy for someone accustomed to driving on the right with a left-hand drive car. I had a couple of driving experiences in England that nearly maimed me or an innocent British driver or two. Luckily in my many trips no harm was done. I will recount here my ﬁrst experience with renting a car in England. I arrived at Heathrow after an overnight ﬂight from the USA. All was well as I boarded the Hertz shuttle to their car rental area. I was using my Hertz Number One Club card so the paperwork was easy. Hertz Number One Club users in 1979 received special treatment and rather than being directed to a spot where my car was parked, I was ushered to the kerb side (The Brit’s spell it “kerb”) and my car was delivered to me. A Hertz employee helped me put my bags in the boot. I had been consciously thinking about this for hours and I did manage to get in the right side of the car, right meaning not left. I was greeted with a standard shift car, its engine was running and I was studying the layout of the dashboard, the controls, pedals, and the gearshift. I needed some time to get the courage to actually put it in gear and pull away.

The car in front of me which had been delivered to the customer ahead of me pulled away and I continued to study the controls. I heard a little beep from the car behind me, and I realized that I’m blocking all the drivers behind me in this line-up of delivered cars. Well, it was now or never. First gear engaged and up to speed, second gear, third gear, this was getting easy. Here I was on the left-hand side of the road up to about 25 miles an hour and ahead of me was a dreaded roundabout. I was beginning to sweat a little as I approached my ﬁrst roundabout.

It was really fortunate that trafﬁc was light and there were no other cars in it. I proceeded to go around it the wrong way. I realized this when I was half way around and was exiting the circle to ﬁnd myself now driving on the right hand side of the road with the kerb on the right very close to me. As I looked down the road, I saw a car coming towards me with no driver, the passenger, however, did have a steering wheel in her hands. (Think about it!) In all my trips I still am amazed at how many cars in England can be moving with just a passenger in the front seat. I took corrective action immediately, swerved to the left to avoid the oncoming idiot or at least that’s what my 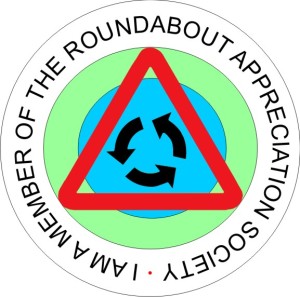 brain was thinking. I found a place to pull over, regain my composure and pluck up the courage to try again.

I studied the map carefully to ensure that I knew where I was going, and off I headed to the M-25. The “M” roads are the British Motorways which are similar to our Interstates or Thruways. They are dual-carriageways, that’s Brit-speak for divided highway. I missed the on-ramp to the M-25. Of course, I did as the damned ramp was on the wrong side of the road! I cursed as I saw the ramp go by and found a spot about a half-mile down the road to turn around. I pulled off into a petrol station, and with my nerves still, on edge, I pulled into a parking space, went in and bought a soft drink.

Now calm, I re-started the car and went to put the car in reverse. There was no f*^%^%^%ing way I could ﬁnd reverse gear on this damned car. I opened the cubby hole (glove box) and found the manual. To get into reverse one had to pull up on a small ring under the gear shift knob, now why couldn’t I have thought of that!
I headed off to try to ﬁnd my Uncle Fred’s home in London. Oh my God! The next hour or so was truly harrowing. The tiny roundabout that I had circumnavigated at Heathrow was now a distant memory; I attacked a roundabout at Hyde Park that was a true monster. I think I went around it ﬁve or six times before plucking up the courage to exit.

That pretty well sums up my initial experiences After lunch with family, life got a little better, and day by day my driving skills were honed to a sharp edge.

I returned alive, didn’t I?