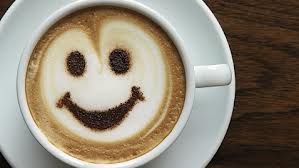 An Irish woman of advanced age visited her physician to ask his advice on reviving her husband’s libido.

‘What about trying Viagra?’ asked the doctor.

‘Not a problem,’ replied the doctor. ‘Give him an ‘Irish Viagra’…

‘What is Irish Viagra?’, she asked.

It’s when you drop the Viagra tablet into his coffee. He won’t even taste it. Give it a try and call me in a week to let me know how things went..’

It was a week later when she called the doctor, who directly inquired as to her progress.

‘Really? What happened?’ asked the doctor.

‘Well, I did as you advised and slipped it in his coffee and the effect was almost immediate. He jumped straight up, with a smile on his face, a twinkle in his eye and with his pants a-bulging fiercely! With one swoop of his arms, he  sent me cups and saucers flying, ripped me clothes to tatters and took me then and there passionately on the tabletop! T’was a nightmare, I tell you, an absolute nightmare!’

‘Why so terrible?’ asked the doctor, ‘Do you mean the sex your husband provided wasn’t good?’

But sure as I’m sittin’ here, I’ll never be able to show me face at Starbucks again

Tweet
« The Coffee, The Indian and The Buffalo! Oh yes I nearly forgot ‘And the Gun’
Bad Karma – Sometimes, you can’t get away from it. »