Home » My Life » Taffy the Saint Bernard needs a vet!

We headed for the capital of Newfoundland. We drove through places with names like Gander, Bonavista, Carbonear, Heart’s Content, Harbour Grace, Conception Bay, Placentia, and went on to Torbay to take the ferry to Sydney, Nova Scotia. 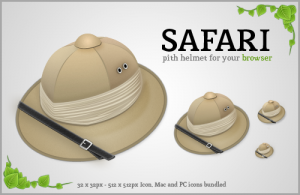 There is one tale to tell about this part of journey. Taffy while running near Twillingate had stepped on a sharp twig or piece of wood that had entered between the pads of his right paw. As time went on, he began favoring it terribly. Let me try and put this in “pawspective” for you. Remember it’s not easy to help a 200 lb. St. Bernard get in and out of cars, etc. We needed to ﬁnd a vet. Asking around, we determined that in rural Newfoundland there were no small animal vets. We were directed to a large animal vet somewhere near Carbonear. His name has long since fallen from my memory, but the image of the man is etched into my brain. When I met him, I wanted to say “Dr. Livingstone, I presume!” This man greeted us wearing a pith helmet and safari clothes, his khaki shorts had cuffs, and he wore Boy Scout type socks nearly up to his knobby knees with the tops turned neatly down. He was British with the accent of a diplomat. We could have been in Africa. He was the epitome of an elephant hunter you’d ﬁnd on the veldt somewhere in Africa.

Together we managed to lift Taffy onto a table and the inspection began. Taffy was not amused when Dr. Safari examined his right front paw. He growled and the doctor withdrew a little. I got to bathe the dog’s foot in some numbing juice or anesthetic of some kind. A few minutes later, the vet had removed the piece of wood, cleaned and dressed the wound.

It was mid afternoon, a beautiful day, and he invited us for a cup of coffee. He had had quite a career on the island of Newfoundland. He recounted several tales of animals that he’d helped. The one I remember is the circus elephant. He told of a day when the circus came to town, and the trainer noticed their elephant had a weeping sore on the front of one of its forelegs above the knee. The trainer asked around and one of the locals recommended Dr. Safari.  I wonder why?

I’ll let him tell the tale. “When I arrived at the circus, I was taken to the elephant’s quarters, the trainer was there and I looked at the weeping sore from a distance. I had never had the chance to help an animal of this enormous size. I was amazed when the trainer commanded the elephant to sit and raise its foreleg. The trainer then directed me to stand between the animal’s legs and take a look. To this day, I’ll never forget the feeling of standing between this mammoth’s legs and looking at the wound as if it were on a bench. The trainer asked me to try to clean the wound. This I did gingerly. You have not lived until you’ve heard an elephant trumpet from the position in which I was standing! I then applied some anesthetic like I used on your dog. It helped the elephant with its pain. A couple of pain killing shots (for the elephant) later, I was able to work on the wound and cleaned and dressed it properly. Looking back, other than the fear, it was one of the easiest emergency calls I’ve ever made.”

I still think of Dr. Safari when we’re taking one of animals to the vet.

One thought on “Taffy the Saint Bernard needs a vet!”