Home » My Life » The Blind Date or How I met your Mother? 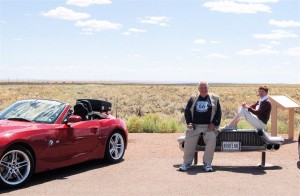 Most of our friends know that Cheryl, my first wife, my only wife and now my wife of forty years, and I met on a blind date. Very few know the details of that first evening. We were nineteen; it was August 6, 1966. Roger Pelletier, my best friend at the time and Annabelle Altro, Cheryl’s best friend at the time were dating and anxious for Cheryl and I to meet.

I had just quit college and had a break up with a girl I’d been seeing for several years. Roger and I and two other friends were renting a cottage at a place called Fitch bay on Lake Memphremagog, try and say that fast. Fitch bay is roughly 70 miles from the Montreal area where Cheryl and I lived at the time. There was to be a party on Saturday, August 6 and Annabelle and Roger set Cheryl and me up on our first date.

I picked Cheryl up at about 3:00 PM, met her parents briefly, received the perfunctory warnings from her Father and we jumped into my new car that you read about a chapter ago. An hour or two later, Cheryl and I were at the cottage, the barbeques were smoking and the party was beginning.

The music played, the beer flowed, the sun set and people began to pair off to do what couples do. I think I speak for both of us when I say that we felt a little awkward. We had never even kissed and here we were in a circumstance pressed upon us by our need to conform. We sat and chatted for hours and hours on the small pier in front of the cottage, the moon and stars twinkled above and in the lake before us. It was a wonderful night.

Panic struck at about four in the morning. The evening and most of the night had passed and we had both lost total track of time. Should we phone her folks? Should we simply begin the drive home? We opted for the latter and a little after six AM we arrived back at Cheryl’s parents home. We quietly climbed the stairs on her front porch. She quietly removed her key and reached for the screen door. Damn, it was locked, she said that her family never locked the screen door and her key would only fit the main door behind.

We were doomed, our options were to ring the bell or simply sit and wait. We did not need to make the choice as the front door opened, her Father towered over us. We were attempting to apologize, we really had no excuse, we had considered “running out of gas”, “a flat tire” or “engine trouble” but none of them would account for our tardiness. His mood on the outside seemed calm but I could easily see the rage below the surface. Mr. Howell was not the slow boiling type.

With a few words I was dismissed and Cheryl was escorted into the house. I then drove home to face my parents.

The “few words” showed the wisdom of some prophet or another. What he did say went something like “If you’re going to bring my daughter home after a long date then it should be before about 2:00 AM or after 9:00 AM. That way the neighbors won’t talk!”

Looking back, it was a fabulous date only with a difficult ending. I’m sure that by now that you know that somehow I gained the courage to call her again and the romance continued. Getting her home on time for the next few months was a bitch!

So now you know how we met <CLICK HERE> to see how we got married.

Tweet
« The Rabbit, The Pub and the Toastie
And so it begins … »