Home » Humor » The Mistake that Mike Made – Stickers on Windshield 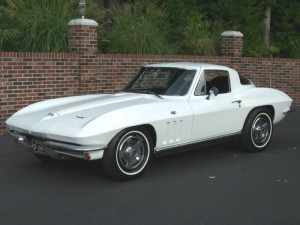 Mike decided one day to become the Parking Nazi (this was long before Seinfeld and the Soup Nazi) so for the erudite amongst you, ‘Parking Nazi’ is a retronym. You gotta love Wikipedia’s definition, it says “A retronym is a type of neologism that provides a new name for an object or concept to differentiate the original form or version of it from a more recent form or version.” Now! Isn’t that clear?

Along one side of the building there was a parking area for company executives, of which Mike of course was one. Many of us who considered ourselves to be as valuable to the company as Mike would park there once in a while, particularly when dropping in during the day from a sales call with the inetent of leaving again soon. Well sometimes ‘soon’ turned into later and if an executive were to return to find his spot un-vacant, he would get pissed off.

Mike decided to try and help by purchasing self-adhesive labels which explained in a very bold way that the car was illegally parked and was not in compliance with the compant parking regulations. These stickers were a bright orange with black lettering and had adhesive from hell on the back of them.

One day it was raining hard and one of us who will remain nameless, returned to his car to find a sticker in the middle of the driver’s side of the windshield and the car was essentially not drivable with the sticker in place.  Remember the part about that it was raining hard! So now I was really pissed off, whoops I should not have said it was me. Getting soaked to the bone, I did remove the sticker and the story went around the plant about my soaking. Mike, the fool, made the error of rubbing it in!!

Sometime in the week following, Mike left his office door open and as I wandered by, guess what I saw? It was a large roll of bright orange stickers sitting on his desk.  Now how serendipitous is that!

I wandered in and grabbed the roll and returned to my office  and put the roll away for a few days. Now Mike drove a White Corvette! One of those great sports cars with a long sloping very large windshield. I determined that I had more than enough stickers to coat the entire windshield with bright orange stickers with the adhesive from hell on Mike’s windshield. It turned out that I had enough to do both side windows and the back window as well.

By the way, I did this on  a day when I was at home on a sick day and I made sure that I phoned in a couple of times asking for some sales figures from Mike as even though I was ill, I was trying to catch up on some work, at least that’s what Mike thought!

I do apologize to the other sales guys that worked with me who got blamed for this. If they happen to read this blog post, I do hope they will forgive me!

Tweet
« The Priest and the Rabbi
The Senior Road Trip! This could be me! »