Home » Humor » The other side is where it is! 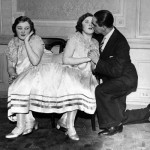 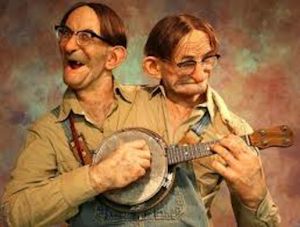 As a British born Canadian living in the USA, I’m not sure I agree with this, in some ways I could not fail to disagree with it less.

Siamese twins walk into a bar in Canada and park themselves on a bar stool.

One of them says to the bartender, “Don’t mind us; we’re joined at the hip. I’m John, he’s Jim. Two Molson Canadian beers, draft please.”

The bartender, feeling slightly awkward, tries to make polite conversation while pouring the beers. “Been on holiday yet, lads?”

“Off to England next month,” says John. “We go to England every year, rent a car and drive for miles. Don’t we, Jim?” Jim agrees.

“Ah, England!” says the bartender. “Wonderful country… the history, the beer, the culture…”

“Nah, we don’t like that British crap,” says John. “Hamburgers and Molson’s beer, that’s us, eh Jim? And we can’t stand the English – they’re so arrogant and rude.”

“So why keep going to England?” asks the bartender.

“It’s the only chance Jim gets to drive.”

A memory from Lady & The Tramp!

We are Siameeiz if you don’t please

We are former residents of Siam

There are no finer cats than we am

We are Siamese with very dainty claws

Now we lookin’ over our new domicile

If we like we stay for maybe quite a while

Tweet
« Towing a Mini Cooper – Good idea? – Sure! Why not?
The Little Engine That Couldn’t – Not just a children’s story anymore! »