Home » My Life » The Rabbit, The Pub and the Toastie 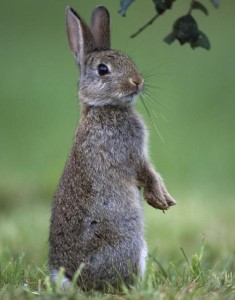 Sorry in advance. At the end of this tale, you will find an explanation as to why I made you read this!

The barman is amazed but gives the rabbit a pint of beer and a ham and cheese toastie.

The rabbit drinks the beer and eats the toastie, he then leaves.

The following night the rabbit returns and again asks for a Pint of Beer and a Ham and Cheese Toastie.

The barman, now intrigued by the rabbit and the extra drinkers in the pub (because word gets round) gives the rabbit the pint and the toastie.

The rabbit consumes them and leaves.

The next night, the pub is packed, in walks the rabbit and says “A pint of beer and a Ham and Cheese Toastie, please barman”

The crowd is hushed as the barman gives the rabbit his pint and toastie and then burst into applause as the rabbit wolfs them down then walks out.

The next night there is standing room only in the pub, coaches have been laid on for the crowds of patrons attending, the barman is making more money in one week than he did all last year.

In walks the rabbit and says, “A Pint of Beer and a Ham and Cheese Toastie, please barman”, smiling and accepting the tributes of the masses.

The barman says, “I’m sorry rabbit, old mate, old mucker but we are right out of them Ham and Cheese Toasties”

The rabbit looks aghast, the crowd has quietened to almost a whisper, when the barman clears his throat nervously and says, “We do have a very nice Cheese and Onion Toastie”

The rabbit looks him in the eye and says, “Are you sure I will like it”?

The barman, with a roguish smile says, “Do you think that I would let down one of my best friends, I know you’ll love it”

“Ok” says the rabbit,” I’ll have a Pint of Beer and a Cheese and Onion Toastie”

The pub erupts with glee as the rabbit quaffs the beer and guzzles the toastie, he then waves to the crowd and leaves.

One year later in the now impoverished public house, the barman (who has only served 4 drinks tonight, 3 of which were his) calls time.

When he is cleaning down the now empty bar, he sees a small white form, floating above the bar.

The barman says, “Who are you”

To which he is answered,”I am the ghost of the rabbit that used to frequent your public house”

The barman says,”I remember you, you made me famous, you would come in every night and have a Pint of Beer and a Ham and Cheese Toastie, masses came to see you and this place was famous”

The rabbit says, “Yes I know”

The barman said, “I remember, on your last night we didn’t have any Ham and Cheese Toasties, you had a Cheese and Onion one instead”

The rabbit said “Yes, you promised me that I would love it”

The barman said “You never came back, after that fateful night, what happened”

“Blimey ” said the barman,”what from”.

After a short pause.

(Remember, I apologized  at the beginning)

or possibly a long pause

(We’ll be there soon, I promise)

The rabbit said… “Mixing me toasties ”

When I was a kid in England in the fifties, I can recall seeing hundreds, if not thousands of dead rabbits everywhere. In the country, in the town, on the way to school. We were all warned not to toch any dead or alive rabbits.

See https://j.mp/1jjZrfW for the issue down-under. 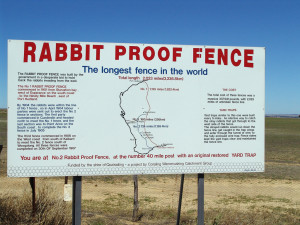 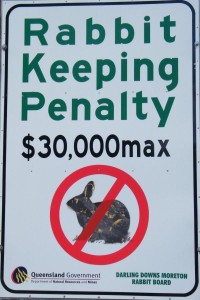 Tweet
The Blind Date or How I met your Mother? »