Most of the stories that I’ve told have the real names of the people involved. For this one I think I’ll change the names to protect the guilty. For many years I was a sales manager for an electronics company in Canada. The company and its location are really not important parts of this tale so I’ll leave that out too. 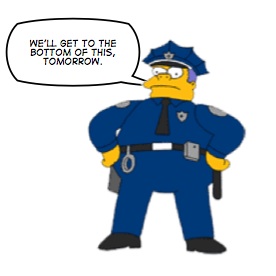 It was suppertime and I had just joined my wife at the dinner table and the phone rings. I grabbed it and it’s one of the sales guys who works for me he was calling from our Ottawa ofﬁce which was a about 150 miles from where I was. I’ll call him Harry Smith for lack of a better name. Harry told me that he had left his ofﬁce and headed to the parking lot and his company car had been stolen. He had already called the police and was waiting for their arrival to take the report.

I told Harry to call a rental car company and rent a car so he could get home and to appointments the next day.  All was well and I returned to the dinner table.

The story continues at about 1:00AM when the phone rings again, with a foggy slurred voice I mustered an “Hello”. The voice at the other end sounded very ofﬁcial and I snapped myself awake.

The voice said, “I am Constable Jones [or something like that] with the Ottawa Regional Police.”, it continued, “Do you know a Harry Smith?”.

Constable Jones said “Please describe him to me.”, this I dutifully did.

He then asked “Please describe Mr. Smith’s car?”, and again I did, all the time wondering what the heck is going on.

He then put Harry on the phone and Harry explained it all to me. The morning of the supposed car theft, Harry had gone to the café across the street from his ofﬁce on the way to work and parked his car in the café’s parking lot. He then proceeded to cross the street and head to his ofﬁce, leaving his car at the cafe. At 5:00 PM or so when leaving the ofﬁce, he had simply forgotten where he parked his car earlier that day, and as you now know, he reported his car stolen.

About 10:00 or so as he and his wife scampered off to bed, as he lay there trying to get to sleep, it dawned on him that he had left his car at the café. Feeling foolish, he asked his wife to drive him back to town which of course she did and she dropped him at his car and headed for home. Harry dropped into the café to get a soft drink, came out and then jumped in his car to head for home. Little did he know that the police had found his car and had an unmarked car nearby with two ofﬁcers waiting to see who might come out of the coffee shop to the “stolen” car.

The rest of the story you know.