Home » Humor » The Teacher, The Kid and the Three Little Pigs 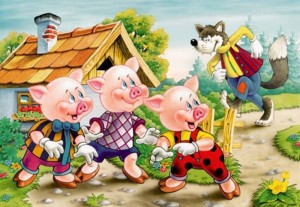 A teacher was reading the story of the Three Little Pigs to her class.

She came to the part of the story where the first pig was trying to gather the building materials for his home.

She read. ‘And so the pig went up to the man with the wheelbarrow full of straw and said: ‘Pardon me sir, but may I have some of that straw to build my house?’

The teacher paused then asked the class: ‘And what do you think the man said?’

I’m told that the teacher had to leave the room.

I decided to give some more entertainment.

Tweet
« Time Management Circa 1980 – Chris Cane Style
Canadians know how to make babies! Do you? »

One thought on “The Teacher, The Kid and the Three Little Pigs”