Home » My Life » The Wrangler in Timpanogos Utah and My Mom 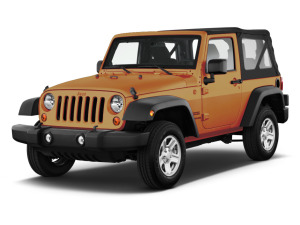 The year is 1983 and Cheryl and I have a brand new Jeep Wrangler. It was nimble and could make fairly tight turns and claw its way up some pretty tough hills when one was feeling fearless or stupid. Not much of that is important to the tale I tell. I don’t recall what Utah town we were in and really that matters not either.

My folks were visiting and sitting in the back seat of the Wrangler. It was not an easy job to wriggle into the back seat.

Anyway we were looking for ice cream and a refreshment and we were driving through a small town called Timpanogos with angle parking on both sides of the street. I glanced to my left and saw a spot immediately in front of an ice cream shop. With no oncoming traffic I did sort of a U Turn in the nimble jeep and entered the near perfect parking spot.

A horn started to blare and a car stopped behind me, the driver of which looked quite angry and he was getting out of his vehicle and heading for mine. His first act was to kick the door of my jeep, not easy as the door is high above the ground. He grazed the door step/sill and lost his balance. Regaining his composure, a stream of swear words and other epithets were coming from his mouth as he was trying to explain that I was in his parking slot. I assured him that it was my parking spot, the proof of which was the 1983 Jeep Wrangler parked between the lines of the parking spot.

My mother decided to speak up and she leaned forward to speak to the gentleman outside my window as there were no openable windows in the rear of a 1983 Jeep Wrangler.

She said, “Young man, to my right is my husband and I can assure you that Chris is not a bastard.” (You may recall the swear words and epithets I mentioned above.)

I believe that it was her final words to this gentleman that caused him to walk away. The little old grey haired lady in the back of the Jeep said “… and I know that he’s not a Mother Fucker.”

Tweet
« Where do Senators go when they die? Heaven or Hell!
Our US Travels »