Back in 1970, Happy Valley was the local residential area that is where most of the civilians live in the Goose Bay area. After the first year we bought our first home. It was on Palisser Crescent in Happy Valley. Our new home was on two acres (all sand and scrub brush). It was a spacious 900 square feet and cost us a total of $5,000.00 which we paid in cash. That was the first and only home for which we paid cash. 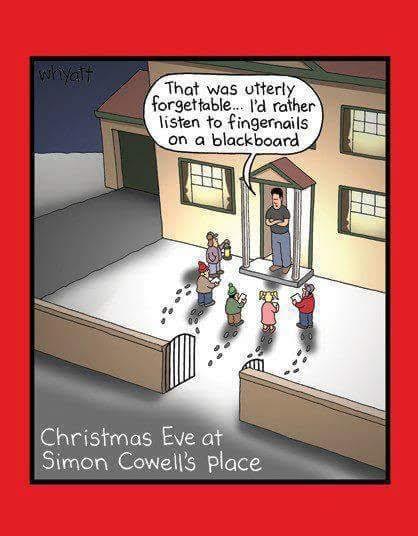 Cheryl and I, our two dogs and our tiny cat lived in the 900 square foot mansion. The people of Happy Valley were amongst the friendliest people you’d ever care to meet. It was an amorphous mixture of Inuit, Innu, Newfoundlanders who had come “down North” and a bunch of mainlanders who like us were “on the Goose”, that’s how the locals referred to being in Goose Bay, working for communications companies or government. I was working for an electronic service company maintaining communication equipment for commercial and military communications. Cheryl was teaching at the local elementary school called Peacock Academy.

Let’s jump to the wassailing part as I could continue to wax poetically about Happy Valley and you would not have learned about one of my fondest memories of all time.

It was 1970 and our second Christmas “on the Goose”. We had moved in to our new home. It was Christmas Eve and Cheryl and I were sitting in front of our fake fireplace when we heard such a clatter on our front step and the voices of several people singing Christmas Carols. We went to the door to see about 30 people on our walkway. The group was headed by our next-door neighbors, Mr. and Mrs. Arsenault (I can’t remember their first names).

As we opened the door, the entire group proceeded to enter our home singing all the way. Our liquor, wine, beer, all the snack foods we had in the house were consumed in the next few minutes. We were then asked to put on our coats. We all headed out the door and proceeded to the next house and consumed all their goodies as well. The house we went to was much better prepared as they were aware of the tradition as we were in the years to come.

When the group approached 40 people, we split into two groups, went to the opposite sides of the street and continued on our way singing loudly and devouring all in its path.

For the next two Christmases on the Goose, we were much better prepared and had snack foods and beverages available.

Maybe one day, we’ll try that where we now live!